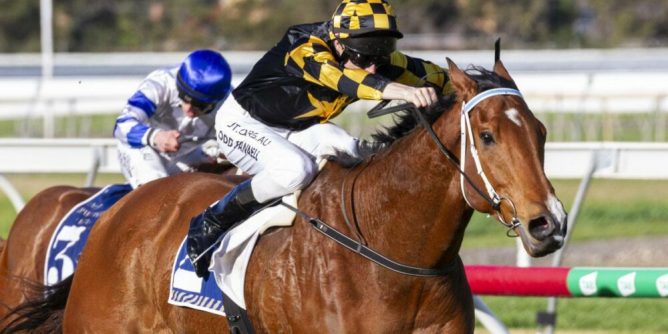 Group 1 racing is finally back after some 3 months off, with the C.F. Orr Stakes headlining the card at Caulfield.

Trent Crebbin has analysed the chances of every runner in the competitive field and provided his thoughts below.

I have the speed map looking like this, with Lightsaber leading, Behemoth and Tofane pushing forward, Sinawann finding a spot midfield and I’m Thunderstruck getting a fair way back.

I think (7) Sinawann is the horse to beat. His Australia Stakes run was excellent once he balanced up, really hitting the line well. Up to 1400m is a big positive and his win 2nd up last prep rated very well. If he can land 3 pairs back, one off, he’ll be hard to hold out. (3) Behemoth is hard to knock. His late sectionals first up were very good without winning, and his record here is exceptional. If he can land 1-1 or just behind the speed without working too much, he’s too good to leave out. (12) Lightsaber the 3yo will take some running down. I think he’ll improve a fair bit on a good track at 1400m, which should suit leaders. Playing around those three, which nets you approximately $2.13 odds for the dutch bet.